Recently published: Valuing baby and family passion, towards a science of happiness.  T. Berry Brazelton, Nadia Bruschweiler-Stern, Marilyn Davillier, Barry Lester, J. Kevin Nugent, Joshua Sparrow, Edward Tronick.  Lisboa: Gulbenkian, 2014.  This work edited by Joao Gomes Pedro and published by Fundacao Calouste Gulbenkian brings together the speeches and contributions made by participants at the international conference held in May 2013 – in partnership with the Brazelton/Gomes-Pedro Foundation for Baby and Family Sciences – on the new orientations and lines of action in early child-family interventions.  Read Professor Nugent’s chapter here: The Newborn Period – where hope and happiness meet.

Recently published: The Development of Children and Adolescents: An Applied Perspective by Penny Hauser-Cram, J. Kevin Nugent, Kathleen Thies, John F. Travers.  Published by John Wiley and Sons. This new textbook provides an integrated view of child development by presenting the most pertinent research for each developmental stage and linking this to the practical applications in the areas of parenting, policy and practice. This balanced approach emphasizes the relationship between research, theory and applications.  (Publisher’s blurb).

Recently published: Infant and Early Childhood Mental Health by Kristie Brandt , Bruce D. Perry, Stephen Seligman & Ed Tronick (Editors). Foreword by T. Berry Brazelton.  Published by American Psychiatric Publishing, Incorporated.  Drawing from and grounded in their long-standing involvement in pioneering work on infant-parent mental health, Kristie Brandt and her colleagues have assembled a comprehensive, theoretically insightful, and clinically useful volume for psychiatrists, psychologists, nurses, pediatricians, social workers, psychotherapists, and all other providers serving children and families from pregnancy through age 5. In 20 engaging chapters by renowned practitioners and researchers in the field, the book covers concepts from the nature of infant emotional and brain development to the practice of neurologically and relationally based therapies, and explores topics from child trauma to autism spectrum disorders.

This book is a collection of papers by clinicians united in their conviction about the importance of directly engaging and interacting with the baby in the presence of the parents whenever possible. This approach, which draws on the work of Winnicott, Trevarthen and Stern honours the baby as subject. It re-presents the baby to the parents who may in that way see a new child, in turn shaping the infant’s implicit memories and reflective thinking. Recent neurobiological, attachment and developmental psychology models inform the work.

Campbell Paul is a Consultant Infant and Child Psychiatrist at The Royal Children’s Hospital, Melbourne and Honorary Principal Fellow in the Department of Psychiatry at the University of Melbourne.  He is the Director of the NBO-Australia Training Center.  He is also a member of the Board of Directors of the World Association for Infant Mental Health and has been a participant in and organizer of a number of local and international conferences and activities in the field of infant mental health.  Frances Thomson-Salo is an Honorary Principal Fellow of the Department of Psychiatry, University of Melbourne, and a Member of the British Psychoanalytical Society and immediate past President of the Australian Psychoanalytical Association. She is Chair of COWAP and a member of the Board of the International Journal of Psychoanalysis. She is an Honorary Fellow of the Murdoch Children’s Research Institute; the Consultant Infant Mental Health clinician, Royal Women’s Hospital Centre, Melbourne; and is an Associate faculty of the NBO-Australia training program.

The Neonatal Behavioral Assessment Scale (NBAS) is the most comprehensive examination of newborn behaviour available today and has been used in clinical and research settings around the world for more than 35 years.  Since the time it was first published, the NBAS has been used in hundreds of studies to examine the effects of a wide range of pre- and perinatal variables. The first part of this book describes in detail the procedures involved in administering and scoring the NBAS. This is followed by chapters setting the assessment in the context of psychological influences around birth, the relationship between the examiner, infant and parents, and what we know about newborn motor behaviour. After a chapter on the use of the NBAS in research settings, the final part comprises descriptions by professionals around the world of its use in clinical practice.

Advances in the fields of psychology and psychiatry have bolstered the perspective that infants are not the passive recipients of sensory stimulation as it was once thought. Built on T. Berry Brazelton s paradigm-shifting work on the individuality of infants, this book provides relevant information on the necessity for family-centered intervention in the newborn period. Coverage is wide-ranging, authoritative, and practical. This landmark collection includes contributions from T. Berry Brazelton, Tiffany Field, Rachel Keen, and many others. Pediatric professionals will receive practical guidance to support families, immediately beginning in the newborn period.

Giving babies a “voice” helps parents understand their baby’s unique strengths and needs. This observational tool and handbook, complete with beautiful four-color photographs by a Pulitzer prize-winning photographer, gives professionals a systematic way to help parents respond with confidence to their baby’s individual needs—and build positive parent-professional relationships in the process. Flexible, easy to integrate into everyday practice, the NBO is based on more than 25 years of research.  An essential resource from the co-author of the highly regarded Neonatal Behavioral Assessment Scale (NBAS) and his colleagues, this system is just what clinicians in hospital, clinic, or home settings need to help new mothers and fathers get to know their baby, increase their confidence and competence as parents, and support their child’s growth and development.  See Review by Nancy S. Woods, PsycCRITIQUES, vol. 52, 50, 2007. (APA PsychNET, American Psychological Association)

Your Baby is Speaking to You: A visual guide to the Amazing Behaviors of Your Newborn and Growing Baby by Kevin Nugent with photos by Abelardo Morell. Published by Houghton Mifflin, 2011

Your Baby is Speaking to You

From an international expert on infant-parent communication, Your Baby Is Speaking To You is destined to become a parenting classic. Through intimate access to babies and their families, Dr. Kevin Nugent and acclaimed photographer Abelardo Morell capture the amazingly precocious communications strategies babies demonstrate from the moment they are born.

Your Baby Is Speaking to You illustrates the full range of behaviors—early smiling to startling, feeding to sleeping, listening to your voice and recognizing your face. The newest research—including information on subtle and fleeting behaviors not seen or explained in any other book—illuminates the meaning of the things babies do that concern and delight new parents:

– the language of yawning
– the rich range of cries, and how to understand their meanings
– baby’s earliest “sleep smiles” and sleep states, and what they signify

Your Baby Is Speaking To You delivers the information parents crave in gentle, accessible style while giving parents the confidence they need to respond to their own baby’s way of communicating during the very first astonishing days and the months beyond.

“No other book so beautifully captures and decodes the way babies ‘speak’ to us.”  (T. Berry Brazelton, M.D. )

This book is also available in Italian and Turkish (Click here for video on the Turkish Edition) and click here  for a review of this edition by Pinar Reyhan Özyigit. 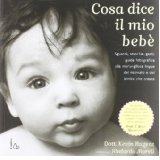 This book addresses the most significant and recent issues of infant and child psychiatry, examining topics from clinical care and research perspectives as well as from the perspectives of policies and programs.  The first book in the Mentor Series of the International Association for Child and Adolescent Psychiatry and Allied Professions, it is written and edited by the foremost authorities in the field. Presented with clarity in a thorough and well-organized fashion to professionals caring for children across the world, this book refines the most significant current knowledge concerning infants to aid infants and families from the immediate care giving of a mother to the policy decisions concerning children by a government. 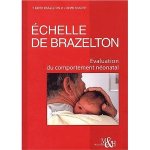 This book focuses on the clinical uses of the NBAS and presents guidelines for clinicians. Individual newborn behaviors are described and interpreted and guidelines for anticipatory guidance are presented.

Noting that patterns of childrearing are highly variable across the human species, this book explores the developmental processes of infancy over a wide range of cultural and social environments. By presenting multiple alternative examples of the ntext of infant development, the book attempts to stimulate continued discussion on the ways in which biological, social, and cultural factors influence the course of human development. Divided in three parts, this volume offers a wide range of information about infancy over the world, about the vast variety of conditions under which children are conceived and raised, and about the characteristics of the infants themselves. Articles in the first part of the book address questions related to biosocial influences on newborn behavior such as attitudes toward teenage pregnancy; the effect of birth location on the size and morbidity of infants; and poverty in underdeveloped countries. Articles in the second part examine mother-infantinteraction in the first year of life, exploring practices in south India, Portugal, and Great Britain. Articles in the third part present cross-cultural comparisons in infant behavior using Israeli, Chinese, Malay, Tamil, American, Laotian, and American Indian newborns. The final chapter summarizes the preceding articles and provides a critical commentary on some of them, emphasizing the importance of the neonatal period for understanding both babies and their mothers.